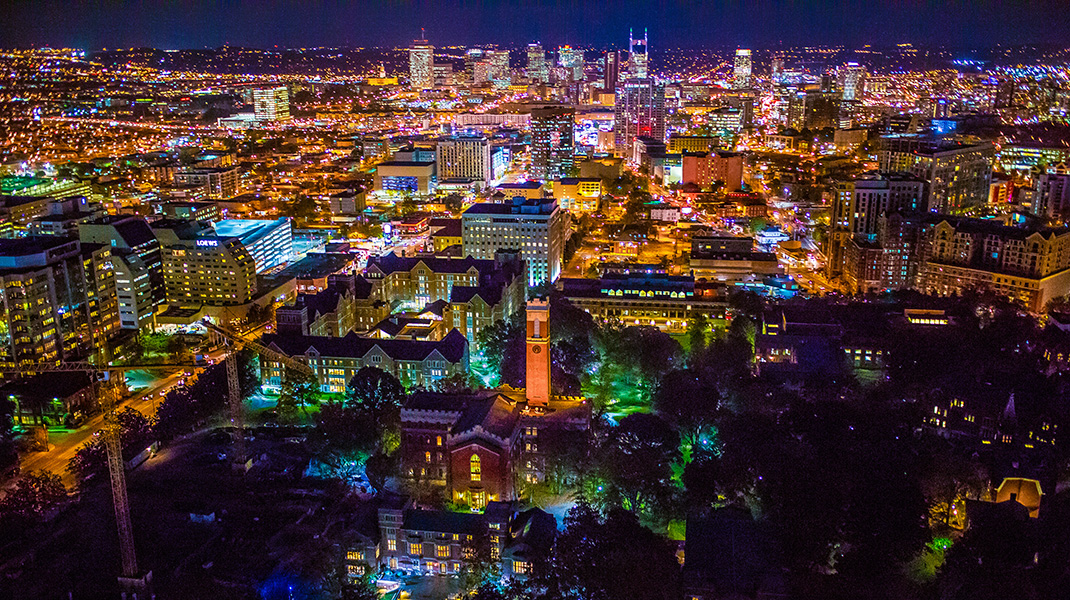 Located a little more than a mile from downtown, the university’s students, faculty, staff and visitors frequently cite Nashville as one of the perks of Vanderbilt.

From serving as home to the nation’s largest Kurdish population to being named America’s friendliest city for three years in a row, Nashville is a metropolitan place that proudly exudes all of the charm and hospitality one expects from a Southern capital.

The city was settled in 1779 and permanently became state capital in 1843. The city proper is 533 square miles with a population of nearly 655,000. The Metropolitan Statistical Area encompasses eight counties — Cheatham, Davidson, Dickson, Robertson, Rutherford, Sumner, Williamson and Wilson — and has a population of 1.6 million.

Accessibility of the location

Nashville International Airport (IATA: BNA, ICAO: KBNA, FAA LID: BNA) is a public/military airport in the southeastern section of Nashville, Tennessee, United States. Established in 1937, its original name was Berry Field, from which its ICAO and IATA identifiers are derived. The current terminal was built in 1987, and the airport took its current name in 1988. Nashville International Airport has four runways and covers 3,900 acres (1,600 ha). The airport is served by 22 airlines and has 585 daily arriving and departing flights with nonstop flights to 96 airports in North America and Europe.

There are a multitude of taxis standing by to take passengers from the airport to Vanderbilt University. A number of shuttle companies service the Nashville Airport. Details can be found at http://www. nashintl.com/ground_trans/bus.aspx for those conference attendees who would like to reserve a shuttle ahead of time. There is also a car rental facility at the airport. Nine of the most common rental companies are represented and available to disperse cars and/or vans.

The Vanderbilt Office of Conferences will reserve parking passes for all guests in advance through Vanderbilt Traffic & Parking Department."